AMBA AXI and OCP: Behind the Standards

As engineers, we view transaction protocols as simply a language to be able to communicate information from one block of system-

on-chip (SoC) IP to another block. However, if you look at transaction protocols from an economics framework you see there’s much more to it. With the past interconnect fabrics dominated by crossbars and hierarchal busses, the choice of the IP transaction protocol created a humongous switching cost.

First some history: In 2003, ARM launched AMBA 3, which included the Advanced eXtensible Interface (AXI) while in 2001 the Open Core Protocol (OCP-IP) organization started work on what became the OCP specification. In both cases, these standards purportedly decoupled the interface choice from the interconnect topology, which was an improvement over traditional busses. 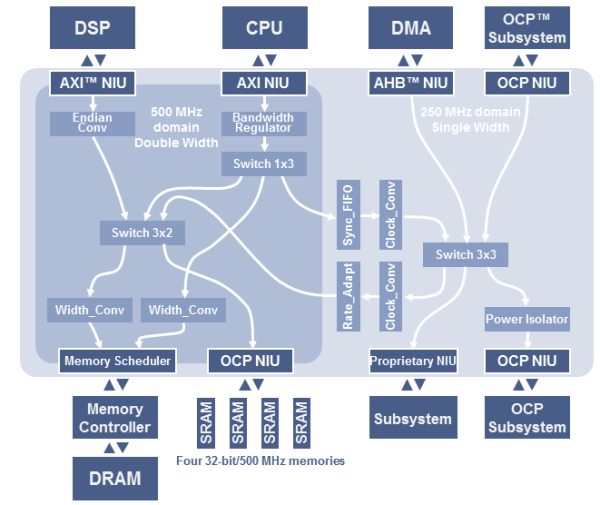 They were both meant to solve pretty much the same problem. The idea was that these new protocols would be able to connect more complicated IP blocks together and surpass some of the limitations of the older AHB and internal/proprietary protocols. It was hoped that these protocols would be immediately adopted by many of the large companies that already had their own internal protocols.